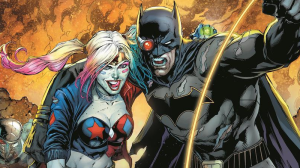 Dc Comics has announced a huge crossover event in their comic book universe. The Justice League will be taking on a new foe and that will be the Suicide Squad!

Revealed through Wall Street Journal, the event series—written by Joshua Williamson, with art from Jason Fabok—will see Batman decide once and for all that Waller’s Task Force X must be shut down permanently calling in his Justice League allies to bring them in. The plot line mirrors the end of the Suicide Squad movie, when Batman tells Amanda Waller that Task Force X will be unnecessary because he’s forming his own team.

We’re sure that we’ll see a lot of fighting, a good amount of Batman, and also Harley Quinn, as that’s what is currently helping DC Rebirth make record breaking sales at the moment, but according to Williamson, you can also expect spotlights on Killer Frost and Deadshot in the series, as well as Waller.

Justice League vs. Suicide Squad begins with two issues this December, before transitioning into a monthly series in January 2017.