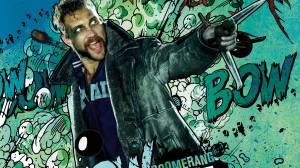 A new Suicide Squad featurette was released, just in time for the digital and Blue Ray release, and we are treated to a Captain Boomerang origin. We also get to see Ezra Miller as The Flash in his short, but awesome cameo!