We are only about ten days out from Iron Fist premiering on Netflix and we are so ready to binge watch! There has been one question that Seppin has been asking about for a while and it looks like he might be disappointed because according to Iron Fist Showrunner, Mark Buck, we’re not going to see the iconic yellow and green costume.

“There was no good reason we could imagine to put Danny Rand in a costume. Because Danny Rand is still discovering who he is as a hero and where he is going to be, so he’s not yet ready to put on a mask or a costume… At the same time he is someone who is rather well known as a billionaire, so he can’t necessarily go out in public and do the things he does without being recognized. It does become an issue for the character.” 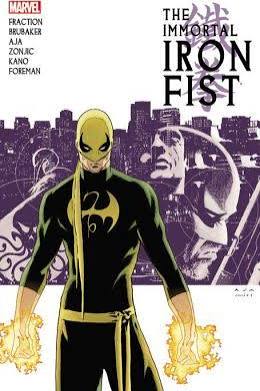 Buck did go on to say that that mystical aspects of the Iron Fist comics will still be present despite a grounded tone.

“We’re trying to keep things extremely grounded and real and tell our stories through characters. So the mystical aspect is something we like to hint at, the idea that there is something bigger and larger out there, but we don’t delve into it all that deeply.”

At least we know we’re getting the tattoo, so there’s something.