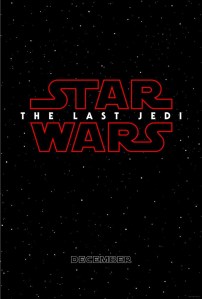 So, apparently, Benicio Del Toro is in Star Wars: The Last Jedi.

While details on his role has been kept secret, makingstarwars.net have been channeling Nancy Drew and they have have a few theories.

This brings me to Benicio Del Toro’s character. He is either named D.J. or it is his code name used by the production. He wears all black. He has a trench coat on with a Han Solo-style belt at his waist to hold his blaster. His hair is short. He also has a strange cap that doesn’t have a bill to it. He looks slimy and dirty but the bill-less cap makes him look sort of like a throwback to a different era. He belongs in the criminal underworld by the looks of him. The man in black-style character we heard about is certainly there but his style evokes a few things in the design. His trench coat reminds me of Anakin’s Revenge of the Sith costume in that its lapels evoke a tabard look and its black leather. All of this makes his ship all the more curious to me.

Basically they have no clue, but as you know, any details about Star Wars is always a big deal.

The site goes on to report that how Del Toro’s character looks is in stark contrast to his ship, which looks as if the Millennium Falcon had the interior of a five-star Abu Dhabi hotel and has the feel of the sample Apple-esque redesign Storm Troopers received in Rogue One: A Star Wars Story. MakingStarWars.net writes, “If the Falcon is a Winnebago this ship is a luxury yacht made by Bill Gates.”

There is also a rumor going around our first trailer or teaser will be released on May 4…you know, May the fourth be with you... but, it’s just a rumor right now.