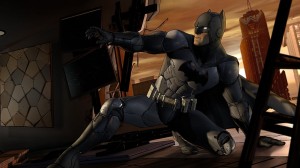 Xbox One owners can snag The Telltale Games Collection for $33, the first season of Batman for $10, the first season of Guardians of the Galaxy for $15, the complete Minecraft: Story Mode for $12, and The Wolf Among Us for $7.50. The Tom Clancy series is also on sale this week; players can get discounts on each edition of Ghost Recon: Wildlands ($45 for standard, $52.49 for Deluxe, and $70 for Gold), Rainbow Six Siege ($25), as well as various add-ons for The Division.

Gold members can also save on a number of other titles, including:

Xbox 360 owners can get deals on Tom Clancy titles such as Splinter Cell: Conviction, Ghost Recon: Future Soldier, and Ghost Recon: Advanced Warfighter ($6.59 each). Rockstar’s Grand Theft Auto V is also on sale this week for $20.

This week’s Xbox Live deals are available until June 5.