Yesterday CBR had an interview with none other than Brian K. Vaughn, one of Seppin’s favorite writers. When asked about the Runaways and if he influenced the series at all he said this, “I just did a little consulting early in the process, but I think the Runaways found the ideal ‘foster parents’ in Josh Schwartz and Stephanie Savage. They took a weird comic set in the Marvel Universe of 2002, and lovingly adapted it into a stylish drama that feels like contemporary Los Angeles. Love the cast, crew and especially the writers they assembled. And the pilot looks like an Adrian Alphona comic! I can’t wait to watch this first season unfold.”

That’s not all that they were able to get out of Brian though. Later in the interview he was asked about the Y the Last Man pilot and he described it as “phenomenal” and said “some very cool news about another adaptation soon.”

We don’t know what he is talking about right now, but Seppin believes that it could totally be Saga, an award winning series that Vaughn created. He did say that they are working on an adaptation, but not to expect it any time soon 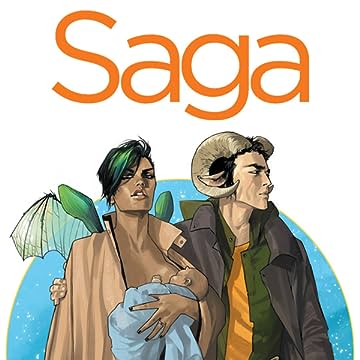