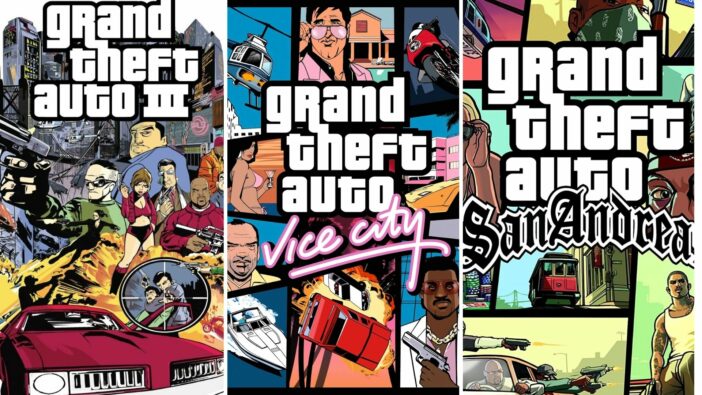 Hey everyone! Late yesterday, numerous reports started coming out that video game developer Rockstar has its eyes set on remastering Grand Theft Auto 3, Vice City, and San Andreas for next gen consoles. It was supposedly going to be an added bonus to GTA5 purchases on next gen, but it has instead been planned to sell as its own digital purchase. Seems like the rumors a week ago were true and we are all thrilled to hear this news!

Presumably, the three will be sold as one game, which reminds us of the recent Mass Effect Legendary Edition, where you can choose to install which and play as you would like. Although no word has come out about Liberty City Stories or Vice City Stories, it is still great news to hear that these three spectacular games will be returning to consoles! The question is… how much longer will we have to wait?

So, what did you all think of the news? How long have you been anxiously waiting for these games to be remastered? Tell us in the comments below!