There are some new images being released and floating out on the web today concerning The Flash t.v. show. We are excited for any information and we can’t wait to see what happens in season three!

Move over Barry, there’s a new Flash in town! Kid Flash that is!

During the final episodes of “The Flash’s” second season, Wally and Jesse Wells were both affected by a second particle accelerator explosion after Harrison Wells attempted to get Barry’s speed back. Both were knocked out by the force of the explosion, but neither showed any speedster abilities before the season ended. It seems that will change when the show returns this fall.

Whether Wally being Kid Flash is one of the effects of Barry changing the timeline, Flashpoint, or he’s going to be Kid Flash all season is something we do not know right now.

We think the suit is very accurate and we’re glad they didn’t go with the silver/red version from the News 52.

Have we met our villain?

So this popped up today… 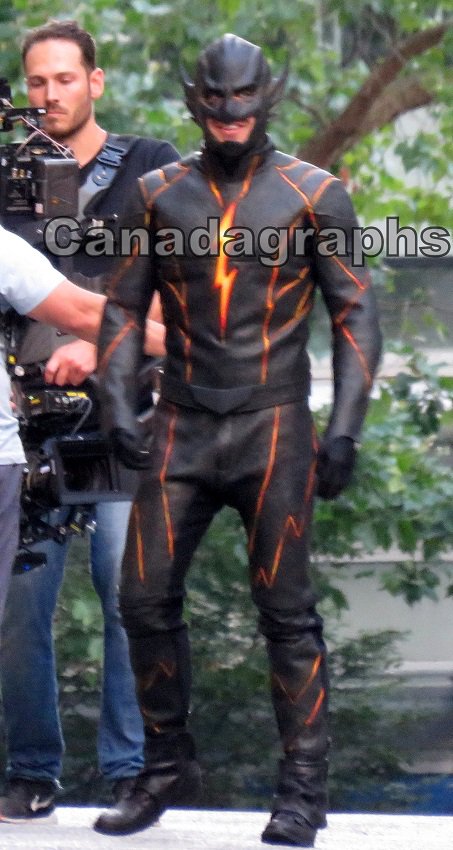 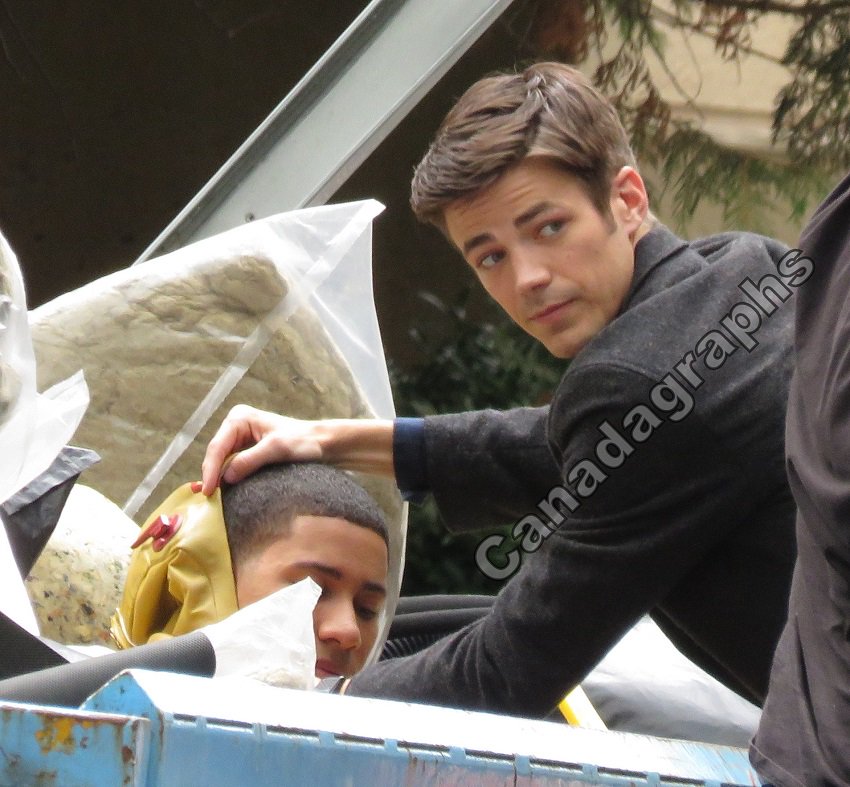 Oh, and our favorite… 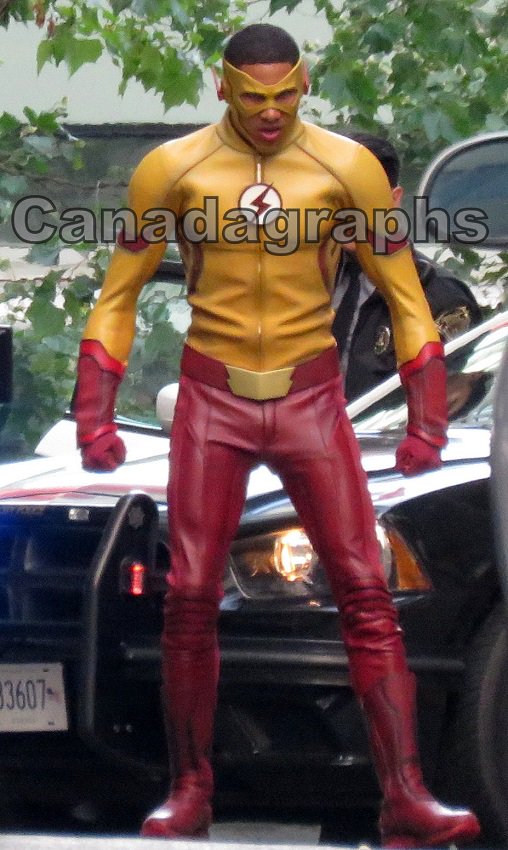 So who is the guy in the black speedster suit according to DC Wiki?

Max Mercury, Jay Garrick, and Jesse Quick all attempted to assist Wally by distracting the Black Flash; Wally finally defeated the Black Flash by racing it to the end of time, to a point where Death would have no meaning, causing it to dissipate.

The Black Flash fulfills the role of Death for those who possess super-speed, returning them to the source of their powers: the Speed Force. It was reportedly seen before the deaths of Barry Allen and Johnny Quick; Max Mercury, having had several near-death experiences, also saw the Black Flash.

It is not clear whether the Black Flash exists because the speedsters are simply too fast for traditional Death to capture, or as some sort of bizarre side-effect to their connection to the Speed Force.

The Black Flash appeared to the fourth Flash, Bart Allen, immediately before his death at the hands of the Rogues at theGetty Center.[1]

Barry Allen has recently become the new Black Flash after the old one was found “apparently dead”.[2] Soon after, the title was taken by Professor Zoom in his corpse Black Lantern form.

Basically the Black Racer comes to those speedsters who mess with time. We are going to presume he is not happy with Barry Allen right now on the t.v. show since he changed the entire timeline by going back to save his mama.