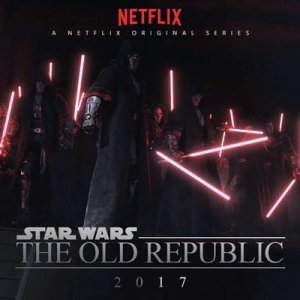 Well, if you want something, you might as well ask, right?

Fans are calling on Netflix to take on producing a live action Star Wars The Old Republic, for a new series on the streaming service. The petition states that the time is right for the stories from over 3,000 years before the Battle of Yavin to be told to both new and old fans of the franchise.

Specifically, the proposed series would look to draw from the vast well of storytelling established by the Knights of the Republic series of video games, as well as the MMORPG Stars Wars: The Old Republic; looking to focus on existing characters such as Darth Revan, Darth Malak, Bastila Shan, Darth Traya, Meetra Surik, Darth Malgus, and Satele Shan.

“The Old Republic era is a pivotal point in the Star Wars timeline because that’s where everything changed, from the Jedi Civil War and the fall of Revan, the First Jedi Purge, and an omnipresent darkness that not only watched the chaos from afar but also kick-started the downfall.”

Here at SeppinRek, our faithful readers are aware that we have been clamoring for the Old Republic stories and we would love, love, for this to come to fruition. Unfortunately, the production costs to do this series and to do it well may be slightly out of reach for Netflix unless Disney is willing to split the costs.

You can go here to sign and who knows, maybe this will trigger a reaction to get our favorite Star Wars stories on the small screen in live action!