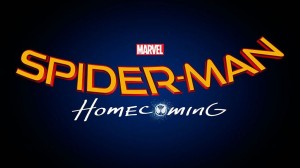 Well, this kind of came out of nowhere, but is it that surprising?

It seems that after Tom Holland’s turn in Avengers: Infinity War and a Spider-Man Homecoming sequel, the MCU and Sony will no longer be working together.

The former chief of Sony Pictures, and producer on Spider-Man: Homecoming, Amy Pascal, spoke about Spider-Man no longer being a part of the MCU at Cinemacon.

“One of the things that I think is so amazing about this experience is that you don’t have studios deciding to work together to make a film very often.

In fact, it may never happen again–after we do the sequel.

Because Sony and Disney and Marvel all decided that the right thing to do was to allow Peter Parker and Spider-Man to be in the MCU, and to work with the Marvel guys and have them produce this film, and I think that was a very rare thing for three companies to do and a very brilliant thing for them to decide to do because there are only so many stories that you know you can tell again and again and again about Spidey, and this is something that we would never been able to do in any other way. So, it was a very selfless thing that was very smart on the part of all the companies.”

Let’s face it, we all knew this was an uneasy alliance, and with Sony developing a Venom movie and a Black Cat & Silver Sable movie, all the while stating they would not be connected to the MCU, definitely raised red flags.

We’ll just have to see how this plays out…