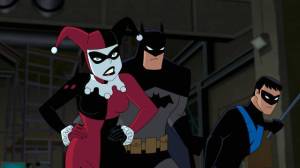 A new featurette was released and it includes new footage, and information on the Bruce Tim directed Batman & Harley Quinn animated movie.

No official release date has been announced for Batman and Harley Quinn. The film will be available to purchase on Digital HD, Blu-ray and DVD this summer.