Apparently there is a promotional Japanese leaflet floating around…Japan (?) that is detailing the most epic reveal EVER in Star Wars: The Last Jedi.

And yes we know how ridiculous that sounds, but it’s news and we have to report it. 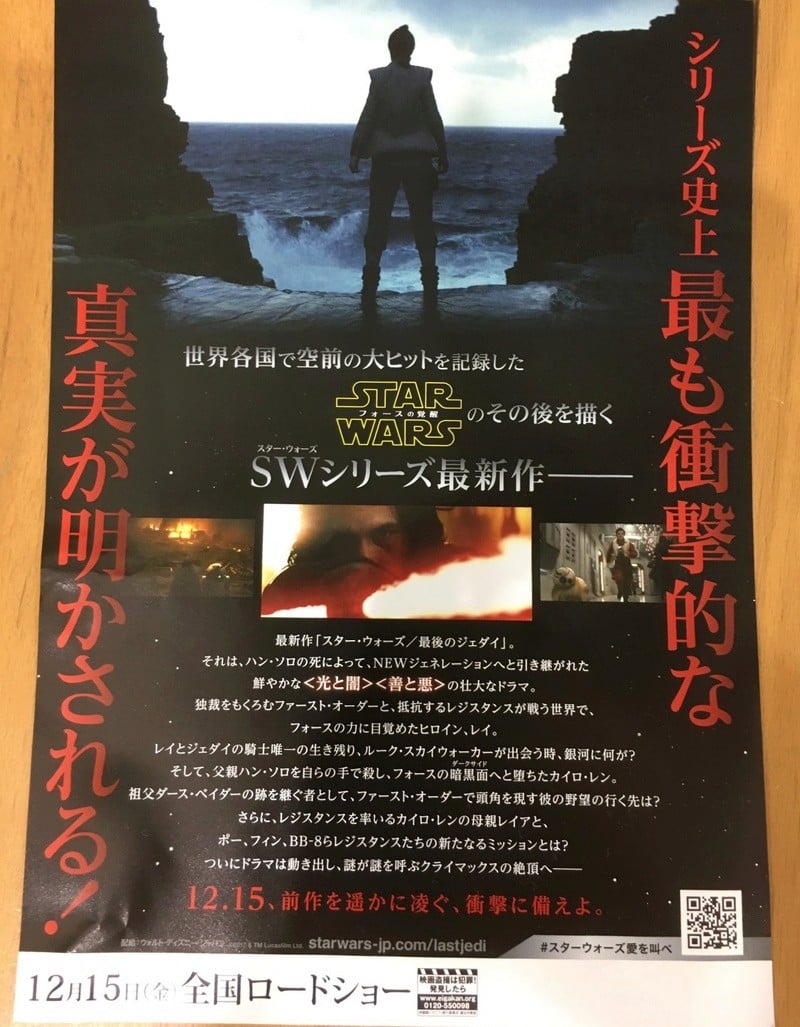 The flyer also teases Kylo Ren’s journey to the Dark Side and General Leia’s new mission. The rough translates is thus:

The Most Shocking Truth In Star Wars History Will Soon Be Revealed!

A new generation’s tale of the struggles of light and dark, virtue and evil has begun with the death of Han Solo. In a Galaxy where First Order and the Resistance are fighting against each other in a war, the heroine, Rey, had the Force awaken within her. What will happen to the galaxy when Rey and the only remaining Jedi knight, Luke Skywalker, meet?

Kylo Ren has fallen to the Dark Side of the Force and killed his father, Han Solo. As a successor of his grandfather, Darth Vader, and a high ranking enforcer in the First Order, where will his ambition lead him to? Furthermore, Kylo Ren’s mother, the leader of the Resistance, Leia, Poe, Finn, and BB-8, will embark on a new mission!

The story has finally begun and it will lead to a mysterious climax! December 15. Be ready for the shocking truth surpassing the previous stories!

There are just way too many things to read into and we still have no idea where it came from or if it’s real, so take it with a grain of salt right now.