Since MSR and I are obsessed with Game of Thrones and we recap it together after every episode, we thought it might be fun to do a joint post here on SeppinRek.

Here are our highlights:

Sam has the worst internship EVER! Sam peeling off the greyscale was pretty gnarly. We love how one, brand-new, lowly intern of the great Citadel just happened to know that there might be a cure, but seriously, how many more gross jobs are we going to have to witness?

Jon is on his way!

When Jon Snow, our new King of the North, receives a well-timed raven from Sam that there is dragon glass embedded in an entire mountain on Dragonstone, Jon has a change of heart and decides to leave with Davos to Dragonstone. Tyrian sent a raven earlier to invite him, and even though Jon likes Tyrian, he was persuaded not to go, but now he cannot pass this up. Will he kneel before the Dragon Queen?

“Yeah, I loved your mother and I want to be with your sister.”

Was anyone else screaming to Jon to kill this guy or what? 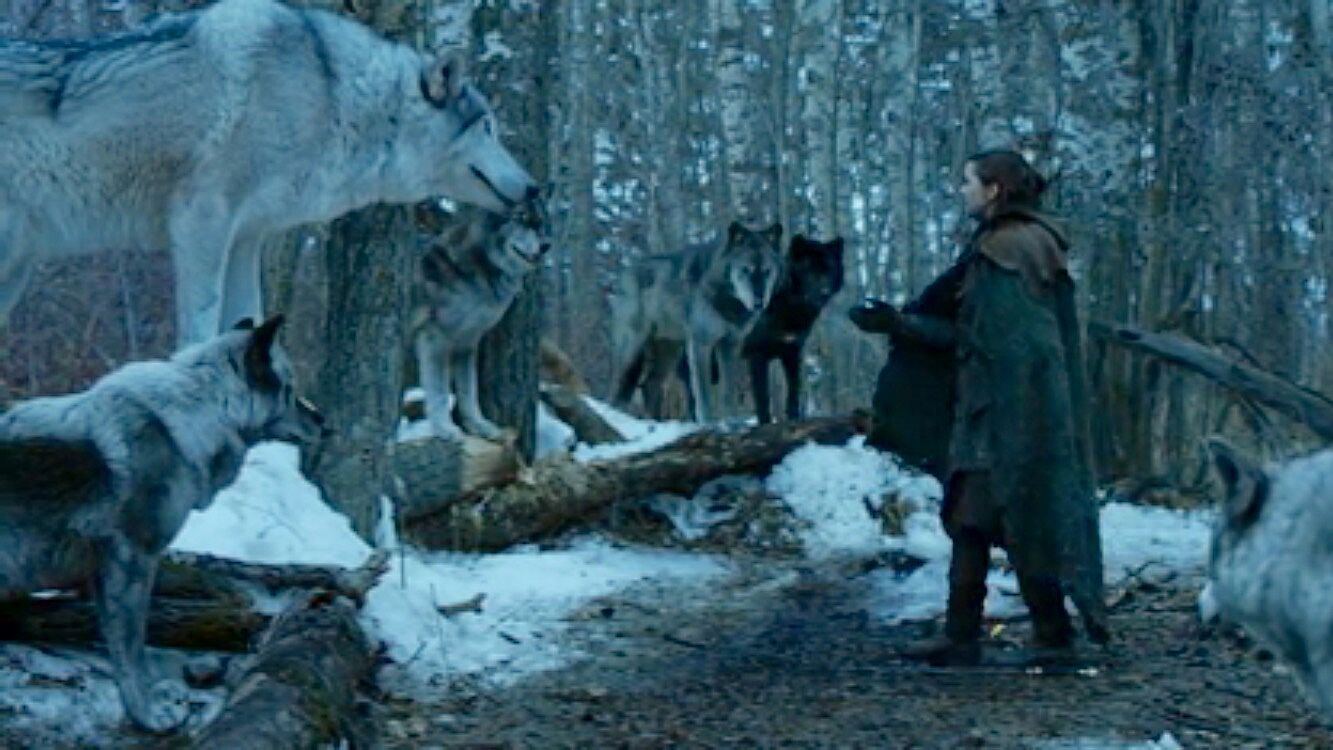 After finding out that Jon was now King of Winterfell, Arya decided to abandon her plan to kill Cercei (for the moment) and go home. On her way, a pack of wolves descend upon her and it is here where Arya comes face to face with her Dire wolf, Nymeria. She begs her to come with her, but Nymeria, after recognizing her former master, leaves and Arya says tearfully, “It’s not you.”

The show runners have since come out to explain that statement. Arya said the same thing to her father about wearing a dress and getting married. “It’s not me.” And she recognizes that Nymeria is not going to simply go with her and leave her pack of wolves. They both have changed now.

Nonetheless it was a touching scene and we don’t think this is the last we’ll see of Nymeria.

Euron promised Cercei to bring her a prize and it looks like he may have his niece and the new Queen of Dorne as his offering.

The sea battle was epic and when he encounters Yara, his niece, he is predictably nasty. Poor Theon, who is suffering from PTSD, retreats rather than save his sister.

We have seen in promo pics that he leads Yara through the streets on a rope, so we know she is alive for now, but for how long, we have no idea.

Overall it was a solid episode, but we’re just waiting for Jon and Dany to meet. Will Jon meet the dragons and if he does, will he be able to touch them, or speak to them, since we know who his father is now?