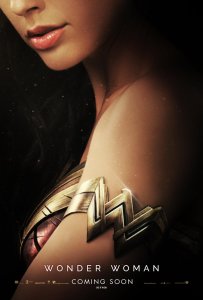 It looks like Warner Bros. is fast tracking a sequel to the hit Wonder Woman!

It was announced that the tentatively titled movie, Wonder Woman 2, will arrive just in time for Christmas on December 13, 2019. Both Gal Gadot and Patty Jenkins are expected to return and we have heard that the movie will be set in the 1980’s as the world deals with the cold war. Geoff Johns and Patty Jenkins are both already working on the script.

So, what could those 2 movies be?

Without a doubt, we think The Batman will be the June release date, but who is coming in November?

MSR wishes that it was Batgirl, but there is also Justice League Dark, which would be released the day after Halloween and the timing would fit perfectly.