Brain K. Vaughan is an incredible writer who tends to work on indie books, but has made legendary superheroes as well. Let’s get onto this list! 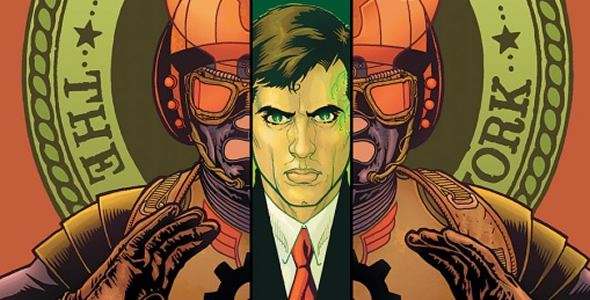 After being caught in an engineering accident, Mitchell Hundred gains the ability to communicate with machines. He becomes the world’s first superhero. This epic story delves into the difference between man and machine and the consequences of superheroes in our world.

Vaughan wrote a modern classic with Doctor Strange: The Oath, and it is now mandatory reading material for all Doctor Strange fans. The story focuses on Strange and Wong’s sudden diagnosis of cancer. Strange refuses to believe that he can’t help Wong, so he goes to the darkest dimensions to find a cure. the story has many twists and turns including an unexpected villain that threatens Strange’s moral code.

Saga is a book for anyone that love a good space opera. The story focuses on a war between a planet and it’s moon. The two main protagonists Alana and Marko are forbidden lovers that have to escape their relative governments. On top all of that, they have to raise their new born, Hazel. This story is a modern Romeo and Juliet. we do not recommend it for younger readers because it has a lot of adult content.

Everybody loves teenage superhero teams, right? That was what Vaughan was thinking when he reinvented it with Marvel’s Runaways. The story is just as it sounds. It focuses on a group of superhuman runaways that have to deal with their powers and live their day-to-day lives. It is a legendary run that most Marvel fanatics will recommend.

Y the Last Man is Seppin’s favorite indie comic because it is so much more than you would think. The title sounds like a fifteen year old boy’s fantasy, but it is so much more than that. In a world were all of the animals with a Y chromosome have died, Yorick and his monkey Ampersand are the only males left on Earth. This story focuses on the scope of an event like this and how it would affect women across the world differently. A bunch of groups are formed and are hunting Yorick to either kill him or capture him for experiments. But all he wants to do is find his girlfriend and propose to her. The story is awesome!

Did we miss any? add them in the comments below!