Hey everyone! A few days ago, Variety released info that DC are in talks with John Francis Daley and Jonathan Goldstein to direct the Flashpoint movie. These two have been attached to films like Horrible Bosses, Vacation, and are credited in Spiderman: Homecoming. 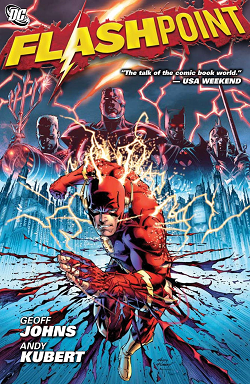 Some interesting news that came along with this is that Warner Bros. first asked Ben Affleck if he would direct the movie and he refused. Now, this doesn’t mean much to us right now, but who knows what is going on over at Warner Brothers.

Anyways, tell us what you think of the Flashpoint movie and the constant exchange of directors in the comments below. Until next time…