Hey everyone! It’s been a busy weekend and a lot of news has come out from both DC and Marvel. So, hold on and pay close attention. 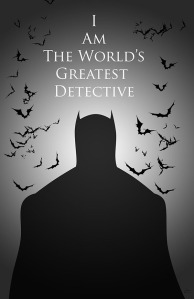 Immediately after we put out The Batman news post on the blog, we received confirmation that Ben Affleck will no longer be playing Batman. It’s been rumored for a while now that Matt Reeves would want a younger Batman, so it’s not a big surprise. However, the shock is still real and one of the reasons why we have been so slow to posting this news. We loved Ben Affleck’s Batman (minus Joss Whedon’s Justice League) and it sucks that he’s out, but our general opinion is that it might be good for someone younger to play this role and also have someone who can carry the franchise for several years.

Seppin on the bright side: At least we’re going to get a Batman movie, right? They announced a release date for June 25, 2021.

Director James Gunn is officially directing The Suicide Squad movie and it will mostly consist of new characters. We’re pretty sure they will keep Margot Robie as Harley Quinn, but everyone else who was in the original may be out. The relase date is August 6, 2021…not too far after The Batman. Interesting.

We can’t believe we’re saying this, but please, keep Jai Courtney. He killed it as Captain Boomerang.

New Captain Marvel trailer during the Super Bowl. You can check it below.

Oh, we hate to say this, but we’re not sold on Brie Larson as Captain Marvel. The effects looks great, but…is it the voice? Is it the lack of facial expression and fierceness? We can’t pinpoint it, but all of us here are being somewhat dismissive about this movie.

MSR is not impressed and we all know she is a big proponent of female led superhero movies. However, she literally cringes every time Brie Larson says a line in the trailer and t.v. spots. Seppin was not happy about this casting from day one and he is a Captain Marvel fan.

We will keep an open mind though and we do hope that we are proven wrong and also pleasantly surprised. Again, this is just our opinion. We want all superhero movies to do well, but…we’re still iffy on this one.

In other news, did everyone see the new Hobbs & Shaw trailer?!