Hey everyone! Comic Con has started and with it comes a whole lot of awesome trailers, posters, and announcements for us to enjoy. Although James Cameron wasn’t there to discuss the film himself, he did make a short video explaining his absence on the set of (one of the many) the Avatar films.

The cast and crew of sixth installment of the Terminator franchise gathered on stage to answer questions from the crowd. Being the first R-rated movie for its title, there were plenty of F-bombs dropped by Tim Miller. Arnold and Linda Hamilton shared the starlight for most of the panel, responding to their new and old fans.

However, there was a bit of a shock when it was announced that Edward Furlong, the original John Connor from Terminator 2: Judgement Day, will return to reprise his role! 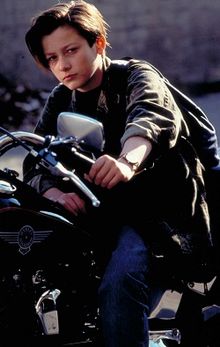 What do you guys think of his return? Are you excited for the sixth Terminator film? Tell us in the comments below! Until next time…