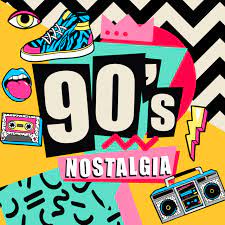 Hey everyone, it is the last day of nineties week here on the blog. We really hope you all enjoyed our small celebration and are excited for what we have in store next. What kind of geek blog would we be if we didn’t talk about the top five comic book films from the nineties?

Seriously, the nineties is where comic book films started to gain some traction. A lot of them influenced and help create the genre that we know today.

So, let’s start counting down!

This movie is interesting. Several people usually discredit it because it is not as good as the original Batman, but Burton’s vision in this film is just as weird and it is really fun to watch. It’s great to see Keaton get a second outing as the caped crusader and it would be wrong not to talk about Michelle Pfeiffer’s amazing Catwoman. She went all in with the character and we applaud how insane she went.

Danny DeVito as Penguin sounds great on paper, but he was a little too strange in my opinion. He started becoming a legitimate penguin in the film and I am not a big fan of that. I love his disturbing origin and his rise within Gotham. However, the black oozing mouth and his need to eat raw fish is a little odd that anyone would take him seriously.

Lastly, Christopher Walken is in this film. Nuff’ said.

Did anyone else ever notice that Raphael swears five times in this film when they were kids?

This is the film that brought about Turtle Mania baby. This movie turned an indie comic about four ninja turtles into one of the biggest kids franchises ever.

Although the prosthetics are a bit dated, they were revolutionary for their time and somehow gave these guys in suits a personality on screen. That is really impressive!

It is a really fun movie with serious tones that you wouldn’t expect to see within this kind of film.

I love how grimy the city and the sewer is. Also, the costume design is incredible! (In case that wasn’t clear before)

This is a classic film!

Okay, a lot of people may be triggered that Blade is not #1 on this list…

I love Blade. Blade is what created the modern Comic Book movie. You could even argue that Blade created the Marvel formula.

Sure, Marvel would never admit it, but it all started with Blade, the vampire hunter, and not Spider-Man

This film’s action sequences are top notch and some of the best from it’s time. It also has some really deep and interesting storytelling.

So, why isn’t this higher?

Well, in my opinion Blade was a little TOO early. It created the Marvel formula, but it suffers from occasional awkward dialogue and being held back by 90s tropes.

However, Wesley Snipes is a bad ass in this film, so it can be up here at #3.

Men in Black has some super accurate iconography straight from the original stories by Malibu comics.

Will Smith and Tommy Lee Jones are a perfect duo. The world and aliens are all so interesting that you just get sucked into the film.

Men in Black also has some great action and, although the CGI is starting to get dated, it was crazy good for its time.

IF you haven’t seen this film, then what are you doing?

It’s funny, has great characters, and has one of the most satisfying bug squishes in movie history.

1. Batman: Mask of the Phantasm

I could go on for hours as to why this is the best 90s comic book film.

It took Batman: The Animated Series and dialed it up to eleven. The story got more serious, the focus on the mobsters intensified, we got more emotional moments with Bruce, the Phantasm got her own terrifying origin, The Joker becomes the craziest that we have ever seen until Return of the Joker, incredible fights and action sequences, a haunting aura over the whole film, finally an origin story for Bruce Wayne, the greatest Batman suit up and lines of all time…

Seriously, this film is incredible. The art and animation are like a beefed up version of the shows, which is already beautiful.

This movie shows the tragic origin of both Batman and the Phantasm. You truly get to see Bruce Wayne in this film, which is important because in the show they never got enough time to work on Bruce and his character. He was mostly Batman. However, here we see the sad vow that he made to his parents and how he was going to propose to Andrea, but never got the chance.

There is also something so spectacular about the ending. The Joker laughing manically as the world of tomorrow burns.

This movie is the number one comic book film of the 90s.

What do you think? What is your favorite?