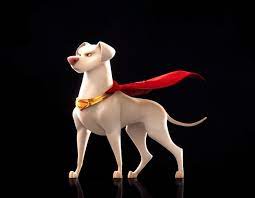 Hey everyone! To start off the news day today, actor John Krasinski revealed on Twitter earlier that he will be voicing the Man of Steel himself in the upcoming DC Animated film, DC’s League of Super Pets. The cast is already filling out with many A-List names attached such as Dwayne Johnson leading the project as Superman’s sidekick, Krypto the Superdog!

Check it out below!

The design of the Super Man suit in this frame is reminiscent of early Fleischer cartoons seen in the unique S on his chest. Maybe we’ll get a Batman casting soon?

Anyways, what are your thoughts on John Krasinski voicing Superman? Are you interested in DC’s upcoming animated projects? Let us know in the comments below!