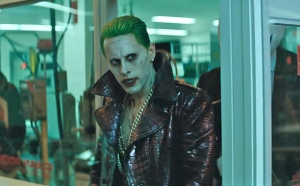 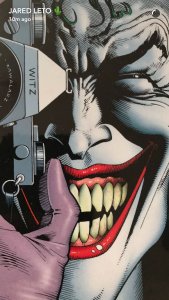 The first picture is, as most of you know, the cover from the iconic Killing Joke comic and the second looks to be a special Gucci case for a tooth.

Obviously, it is significant in that we all know Batman knocks out the Joker’s teeth after he paralyzes Barbara Gordon and then kills Jason Todd.

So the question is, will the Joker be making a return in the Batman solo movie, or were the rumors true that he will have a small cameo, maybe flashbacks, for JL?

Or is Jared Leto just messing with us?

We doubt we are going to get confirmation anytime soon, but it is worth noting.