Seppin decided to do a random top five for you all and today we are focusing on who are our favorite Marvel Knights. The Marvel Knights are pretty much all of Marvel’s street heroes that they branded differently so that the darker stories didn’t affect their brighter universe. The problem was that everyone ended up liking the Marvel Knights more, so they ended it. 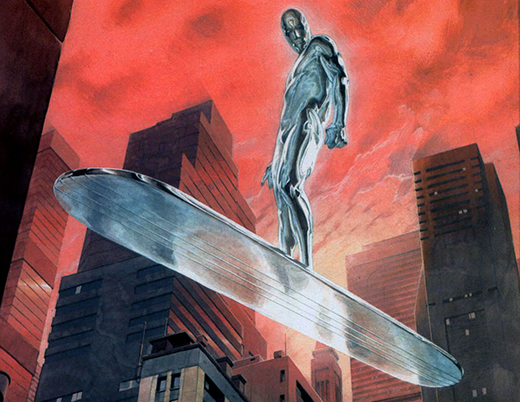 I know what you are thinking, “Silver Surfer isn’t a street hero.” You’re right, but the story, Silver Surfer: Requiem. written by J. Michael Straczynski and the fantastic art by Esad Ribic paint a very different picture. Right from the cover we get that this is a darker and more depressing story and the writing confirms that. The story involves The Silver Surfer and Spider-Man discussing how to fix the world and it is truly an inspirational work that should be a must-read for all Marvel fans.

Garth Ennis and Steve Dillion went off and influenced many characters like The Punisher and Preacher, but we really think that his work on Ghost Rider is almost always underrated. Taking place in Hell, we feel Ghost Rider’s pain as he is forced to travel across Hell everyday to escape, but always fails because of the demons ripping him apart. He eventually meets an angel named Matachi who tells him how to escape. The story gives a deep feeling of hope and reinvents Ghost Rider. That is why we had to include it on our list.

Moon Knight is a character that has tons of potential, but tends to get wasted by so many writers. Before the Warren Ellis run, Moon Knight had a great holiday special called, Moon Knight: Silent Knight, that focused on him saving a department store Santa and going home for dinner as his personality, Marc Spector. However, it is shown that he is still bleeding from his wounds during the meal and really shows how his different personalities affects him. It’s a little tale, but we enjoy it.

Of course Punisher was going to make it on this list, but for more reasons than his murderous rampage. Punisher MAX by Garth Ennis and Steve Dillion revolutionized Marvel. It was most known for having the Explicit Content sign at the bottom that told you that this was a big boy story and it works so well. The Punisher is such a naturally dark character and to give him the grittiest team in the comic book industry was brilliant. This run cannot be summed up in words because it is an experience.

Rek’s favorite character is at the top of the list because of how awesome he is. This character has gone through so many changes that have allowed him to escalate his story. Frank Miller made him dark, but Brian Micheal Bendis threw him in the gutter and made him one of the most depressing books Marvel has ever sent out. It is such a grounded and gritty tale that made Bendis infamous. Just read it!

Did we miss any of your favorites? Add them in the comments below!