Hello everyone! Mama SeppinRek is taking over the top five today!

I think it’s always good to have a different perspective from the female point of view, especially one who is, shall we say, a teeny tiny bit older?

In this edition I am going to list my top five  DC comic book characters that I want to see in a movie.

So, let’s get started!

I want to see a proper Green Arrow ( Hello, Charlie Hunnam) and a proper bad ass Black Canary. Seppin made me read Green Arrow: The Longbow Hunters and i really enjoyed the graphic novel. I also loved Black Canary in the Injustice comic series and I found a new appreciation for her character.

I’m sorry, Liam Neeson, you were not Ra’s Al Ghul to me. I actually enjoyed Matthew Nable’s portrayal in Arrow, but still I want to see a more powerful man with the iconic white streaks in his hair.

A real version of Talia would be nice to see as well, but let’s face it, we really just need them so we can get Damian in the DCEU. He is such a fascinating character. At first, I couldn’t stand him, but now I find myself amused by him. Truth be told, I somewhat pity him because really, he is just a product of how he grew up, and seeing him go through that arc from the heir of the demon head to Robin would be so cool!

I do love Matt Ryan as the demon hunter, but I think they may go for a bigger name for the big screen. Hellblazer should have his own movie. Period. And not what they tried to do with Keanu Reeves. I couldn’t even watch thirty minutes of that movie because he just wasn’t a good fit and the story was just not right.

I love Red Hood/ Jason Todd and I side with Seppin on him being my favorite DC character. The idea of a Robin gone bad is incredible and the new rebirth comic is amazing! If I was in charge of development, I would do a stand alone Red Hood movie from Jason’s point of view. Obviously, you have to have Batman in it, but I would rather see it more from Jason’s perspective than Bruce’s. 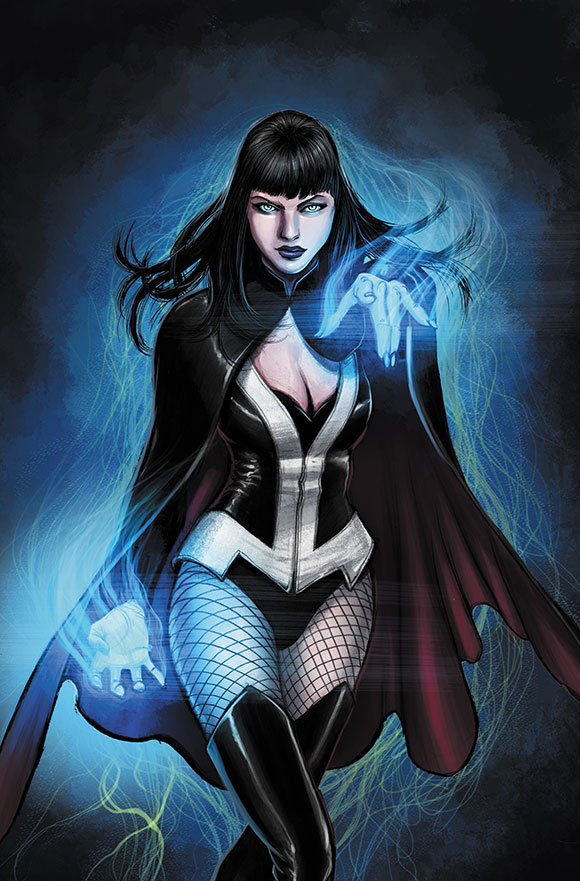 I think Zatanna is an amazingly interesting and powerful character and I would love to see her in her own movie. We know she will be in Justice League Dark, but I think a spin-off, like they did with Wonder Woman would be fantastic.

Do you have any DC characters you are dying to see in a movie? Let me know in the comments.

Next week: Top Five Marvel Comic Characters I want to see in a Movie!