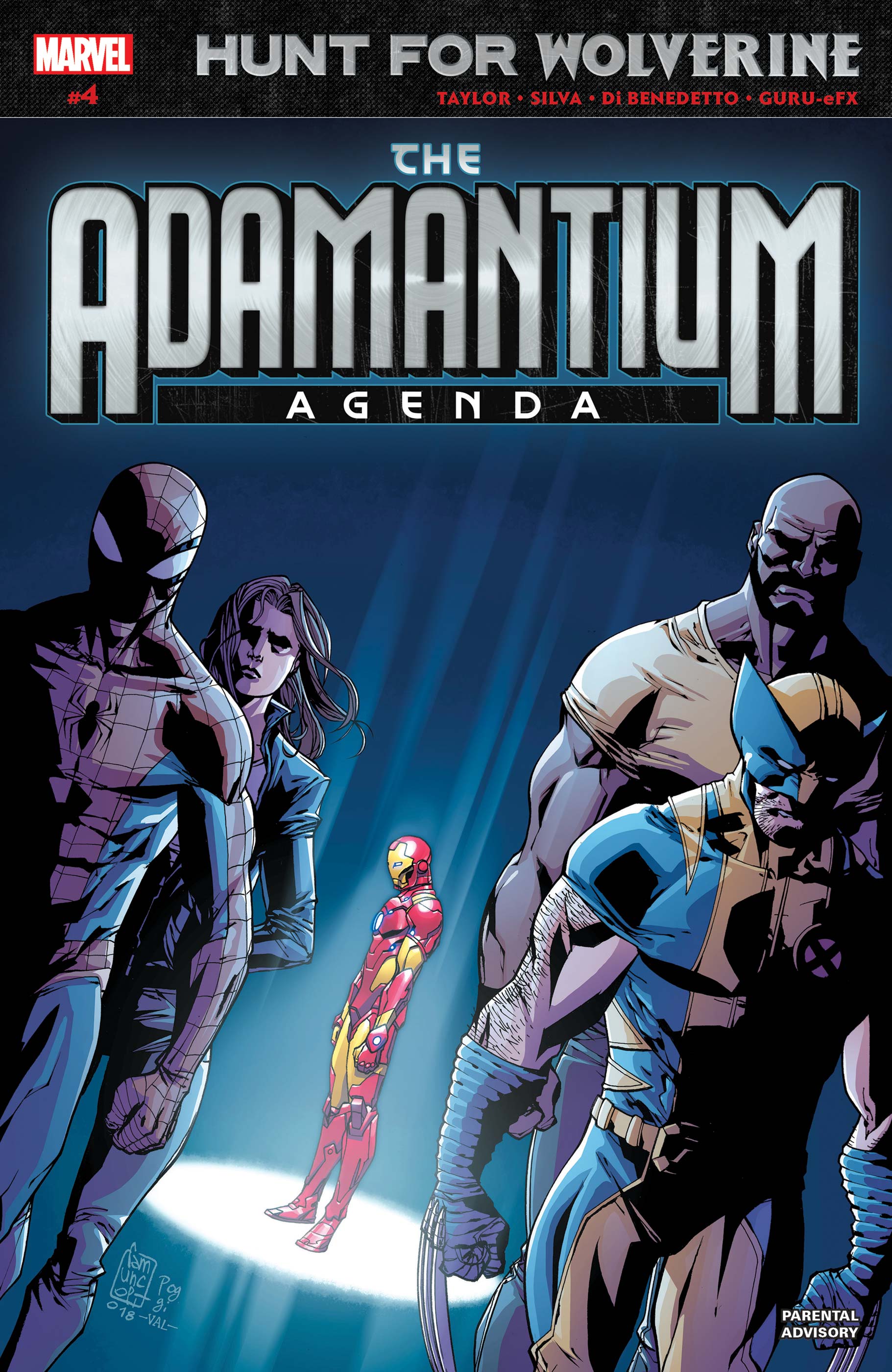 Where is Wolverine? Well, Seppin is going to review Hunt for Wolverine – Adamantium Agenda #4 by Tom Taylor

Hunt for Wolverine has been a fun ride with a bunch of disappointing results. Every book started off strong and made all of us wonder which one Logan would actually appear in. However, each book seems to lead towards a dead end which has made many fans unhappy. I was a large fan of this book when it started because it was a nod towards Brian Michael Bendis’ New Avengers. Four of my favorite characters working together sounds like and automatic winner.

The only issue is probably this one issue. The previous three have been strong, but I have a lot of problems with this issue. First, Iron Man gives everyone a suit to protect them from Sinister. Logical excuse, but it just makes them all look like the Power Rangers. After that we do get some interesting story potential, but leads to two small plot twists at the end that have nothing to do with the original Wolverine.

The only saving grace for this issue is Danny…

Overall the story wasn’t what it could have been and it’s a shame to see such a great team-up end this way.