We would like to take a moment and say thank you to our readers. We have been swamped as of late with writing papers and plowing through college. Juggling both has been tough, but we are extremely excited to announce some of our upcoming books and plans for the second phase of our comic book novel world building.

First up, we have Seppin’s baby, Oculus. The geeky tech nerd that has been invaluable to the Saviors is not only getting his own book, but also diving headfirst into becoming his own hilarious and clumsy superhero. Oculus will be released in the next month or so, but we can reveal the cover. 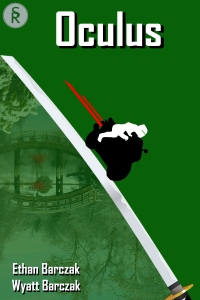 Next up is we have Darq 2. Rek’s take on the vigilante gets even darker and we also can reveal the cover as well!

We are also excited to announce that MSR will be writing a few more books in this second phase, including two new amazing characters. First up will be Silver Shadow. A San Francisco based vigilante that gets swept up in mystery and magic as he searches for those trafficking superhumans, but ends up finding more than he bargained for.

As always we appreciate your support and we look forward to the new year!