The Joker is an ever changing and totally haunting character in all of media. He has a way of breaking barriers and transcending the page or screen. However, he is also one of the most creepy characters ever because of this. So here are our top five scariest Jokers in comics in our humble opinion… 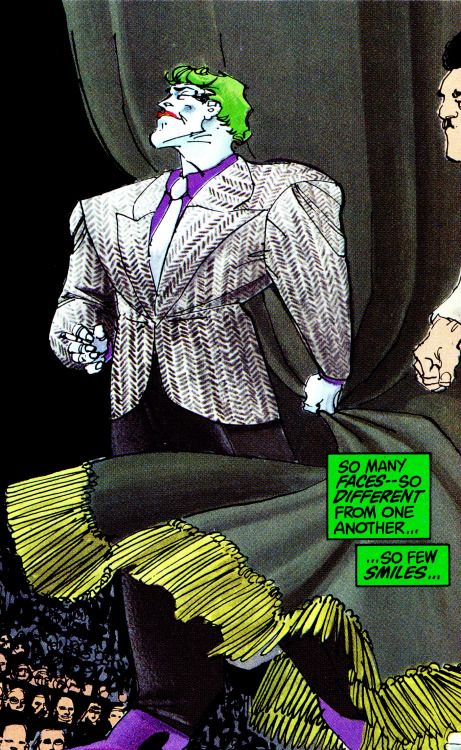 Although he isn’t one of the craziest or one of the most dangerous Jokers. The Joker in TDKR carries a certain presence about him that makes him one of the most dangerous villains in the story. He is a master manipulator and has this insane relationship with Batman that causes everything to go wrong. What makes this Joker so scary is that he knows that he is dying and that this is most likely his last fight with Batman and he is going to go all out because of that. 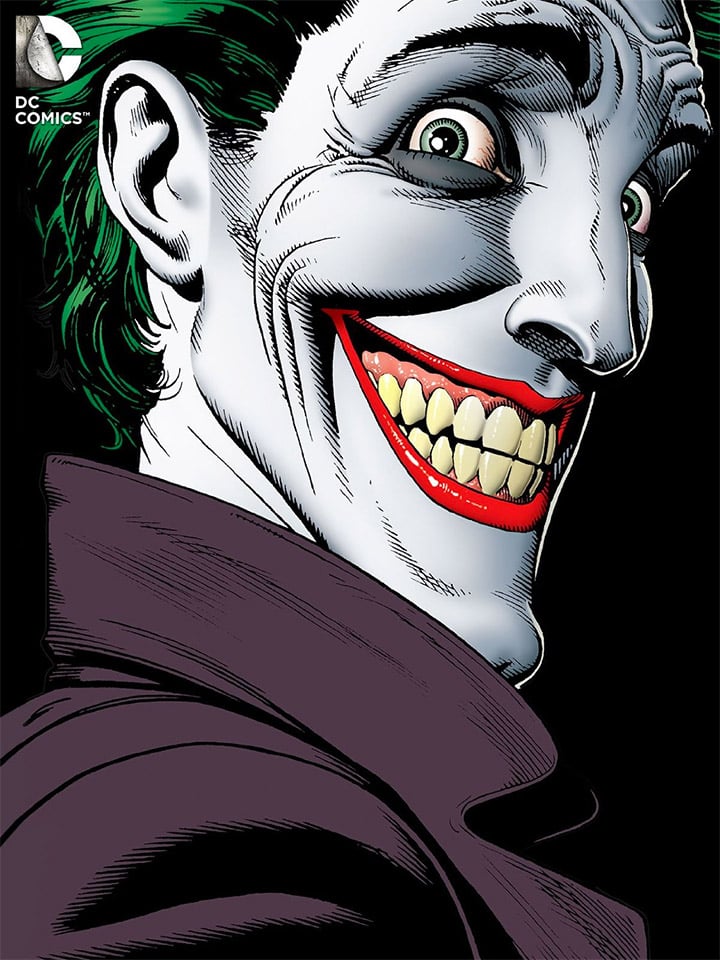 The Killing Joke is one of the most disturbing and darkest Joker stories ever created. The Joker isn’t necessarily the most terrifying Joker on this list, but his actions are what puts him up here. He shot and paralyzed Barbara Gordon in her own home which is terrifying because that would mean the Joker could go to anyone’s house to shoot people. There are no limits. On top of that he completely humiliates Jim Gordon in a horrifying way.

After those reasons, he is also potentially the only Joker to ever defeat the Batman in that controversial ending. 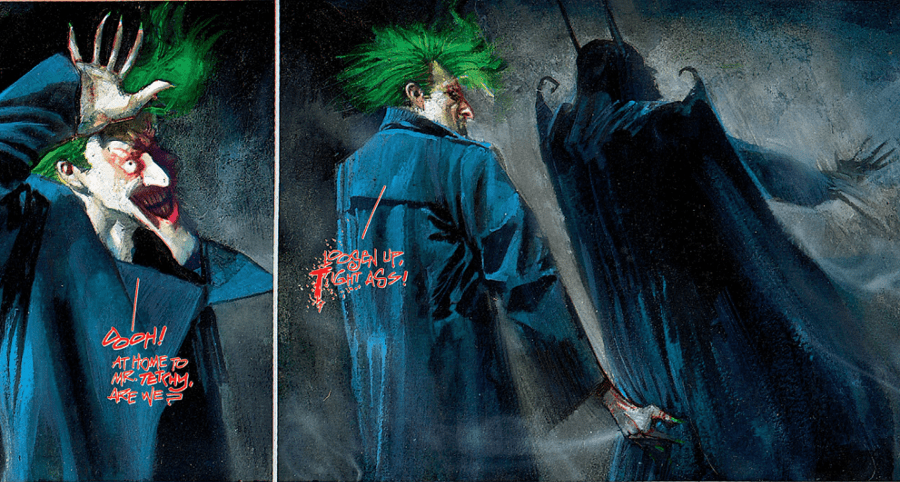 This Joker is easily the most artistically terrifying because it shows his insanity the best. We had to put Arkham Asylum’s Joker on this list purely because of the scene shown above. Any Joker that can grope Batman is clearly one of the most terrifying Jokers ever.

He is also the most insane Joker we have on this list. With loads of disturbing scenes just like the one above.

2. Death of the Family Joker 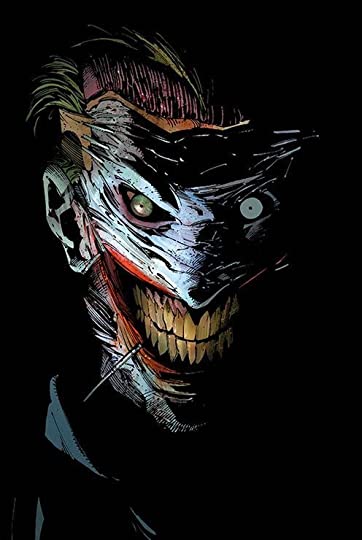 Equally disturbingly looking has to be the Death of the Family Joker. He is literally wearing his ripped off face. This Joker is physically horrifying. He had his face ripped off to show to the Batman that he took his mask off and that he should do the same. He was also able to kidnap the entire bat family all by himself. This is one of the most successful Joker plans ever and also leads to one of the scariest scenes in a Batman comic with every member being served their own face by a jokerized Alfred.

Overall, Scott Snyder and Greg Capullo created the most disturbing Joker of all time…

and that’s actually our number one pick as well. 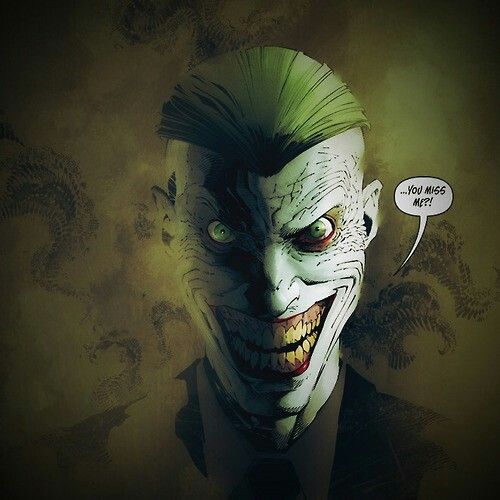 Endgame’s Joker was just as scary because he came from no where like a mythical god of Chaos. the secret origin of the pale faced man was very creepy. What if all of a sudden you checked your family album and the Joker was in the background of every picture?

Yeah, that’s scary. Or maybe the Joker is creeping from underneath your bed with a hatchet. Yeah that happened too!

This Joker also succeeded in ruining Gotham and causing Batman to lose his memories afterwards. This eternal Joker is easily the scariest Joker ever to exist in comics. 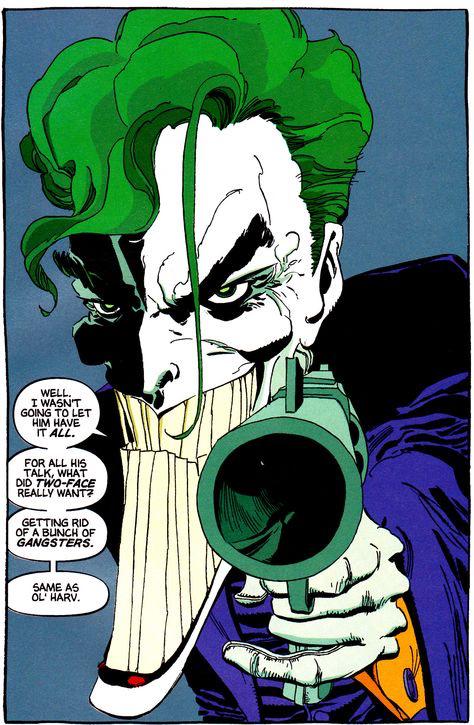