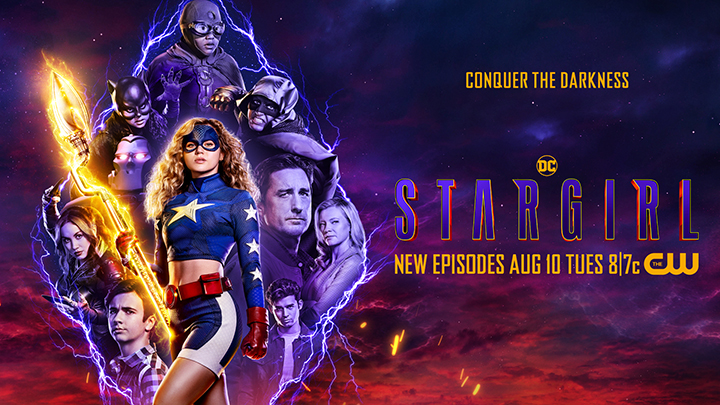 We are getting our first look as John Wesley Shipp returns to the small screen as The Flash on Stargirl!

Check out the photos below and we’ll discuss!

According to Entertainment Weekly, the episode will be a flashback of the former JLA members. Interestingly we see above a scene at a cemetery which makes us believe it may refer to a member dying at the hands of Eclipso. Eclipso is the major villain this season on Stargirl, but this isn’t the first time the JLA have fought this bad guy before.

It also is worth mentioning that Stripes a.k.a. Pat is hiding a secret about Eclipso that he still hasn’t told Courtney or the gang about yet. We are wondering if this will finally be revealed. We also are hoping that this isn’t the last time we see Shipp on the show. We want to see him in real time and not just a flashback!

Seppin, of course, has a theory that the members aren’t all dead and we have seen Dr. Midnight is in The Shades top hat, so perhaps the others are in a similar fate? We will have to watch to find out.

Tune in on October 5 to see the fabulous John Wesley Shipp and all the OG JLA members!