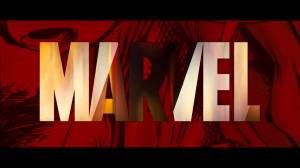 Welcome to out Tuesday top five. Today we will be discussing the top five Marvel events in our humble opinion.

5. The Age of Apocalypse

This was a hard choice because I was debating between this and Days of Future Past. In the end, I choose The Age of Apocalypse because I think it does a better job of explaining the future that they are in. Plus you have one of the most amazing villains, Apocalypse, leading the world and you have Magneto leading the X-Men after Professor X dies.

We put this at number four because the affects from Wolverine breaking time are still appearing to this day. Let’s not even talk about the movie. It did not do the terminator esque environment justice.

Ultron is interesting because he was a good robot that went bad. He was also Hank Pym’s biggest mistake and they didn’t even do that in the movie.

This comic was huge. This is what made Marvel into a more edgier and dark universe. The concept of making people choose sides that are different, but not necessarily wrong, was well received by some hard core fans. It was not the most popular book, by far, probably because it lasted a whole year, but looking back on it some people think it was stupid or really cool.

I love House of M.

Scarlett Witch is so crazy and so evil. Basically she creates a new world without mutants, or at least their powers. She tries to make everyone’s life perfect. The only problem with that is Wolverine remembers his memories and he reunites with everyone, except with Captain America who is an old man.

They go after Scarlett Witch who is in Genosha in her own house living with Vision and her made up children. They realize that she has gone mad and insane. They also figured out that what caused all of this to unfold by Scarlett Witch was when Vision lost his memory.

Chick is kinds crazy. She made children because Vision can’t have any and it is pitiful because she has gone mental. Everything does get fixed, but many mutants are dead or still without power by the end of the fiasco, which is why, we don’t have as many mutants anymore.

This is, of course, a must read for any comic book fan.It takes many of our heroes and throws them in space to fight the Titan known as Thanos. He has the most powerful weapon ever constructed and that is all six Infinity stones. It is Thanos’ way of winning Lady Death’s heart by killing half of the universe, which he does, in like a split second.

Half of the Avengers are dead and the rest fight Thanos.  Adam Warlock is the leader who plans to steal the Infinity Gauntlet from Thanos. After a bunch of epic fighting, he retrieves all six stones and then the battle is done.