It is that spooky time of year again and Seppin is running away to hide until it’s all over. In honor of the holiday, our top fives will be Halloween related. This week we are going to do the most obvious one, Top Five Scary Comic Book Villains. Remember that this is our own humble opinion, and we would love to hear any villains that make you want to hide under the covers too. Let’s get started…

These faces may seem familiar for anyone that remembers Chris Claremont’s run as the scariest little demons of the whole universe. The Brood is an alien race that are similar to zombies, but look like creepy crawlies. They are made of nightmares, because they will eat you and make you into a brood too. These creature’s strange appearance helps with the terrifying effect.

We are using Norman Osborne’s Green Goblin, because he is way more insane than his son and because he is a thrill. He was a rich billionaire, until his experimental formula gave him enhanced abilities and made him insane. He is one of Spider-man’s most iconic villains and one of his most influential. Plus, we can’t forget what William Defoe did for the role in Sam Raimi’s Spider-Man. 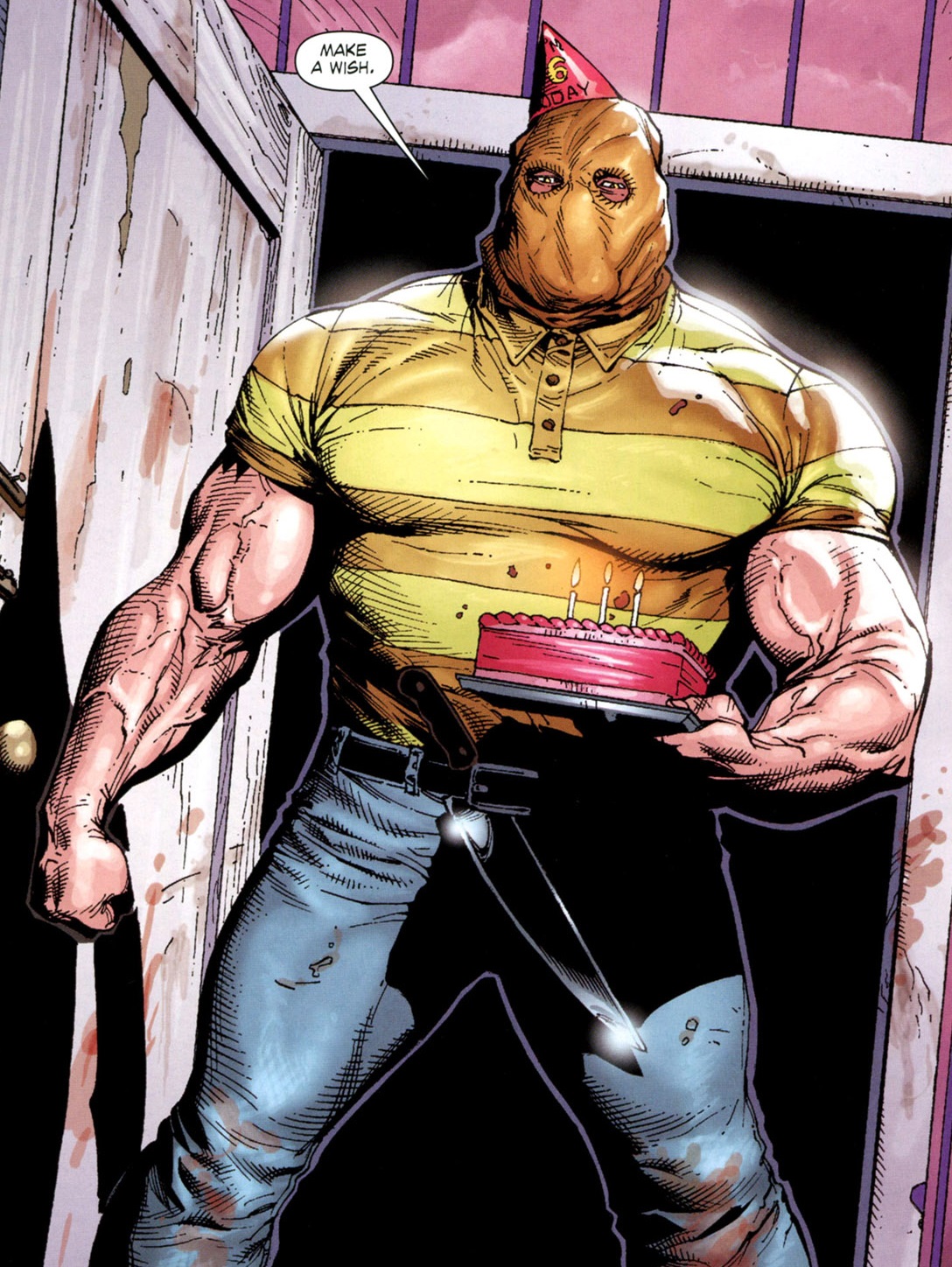 Birthday Boy isn’t all that well-known to the mainstream audience, but Seppin will always put him up as one of the most terrifying villains he has ever read. Appearing in Batman Earth One by Geoff Johns, Birthday Boy is a man who was driven insane after his daughters death and now kills young woman in a birthday party atmosphere. That doesn’t sound that scary, but in the book, Detective Bullock gets a glimpse at all of his victims that he kept in the basement. The majority of the view is hidden, but we do get an idea how terribly it is when Bullock leaves and turns to the bottle for the next few months.

What? Joker isn’t number one? Sorry everyone, but we decided to bring the clown prince of crime down a peg, because he has several incarnations that aren’t very scary. However, the example that Seppin picked out was from Batman Endgame by Scott Snyder. In this particular scene, Jim Gordon is in his house trying to solve a case, when the Joker climbs out from under neath his bed. This reminds us about all of the imaginary monsters underneath our beds as kids, but this time he is real. This version of the joker is extremely creepy and paler than most versions of the character, which adds to his skeletal appearance. I guess down deep we all fear freaks dressed like clowns…right?

This may appear as a controversial choice, but hear us out first. Cletus Kasady is debatable to be as insane as the Joker and he has the symbiote. How could this not be the scariest combination in comics? The venom symbiote is already pretty haunting because of the strands of ooze and inhumane appearance. These are the reasons why we think he tops the list and beats the infamous pale faced man.

Frankly, he scares the heck out of Seppin.