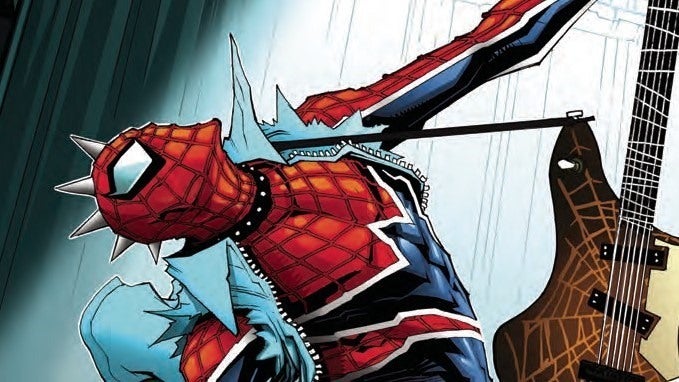 Did anyone say sellout? I guess it’s time for Seppin to review Edge of Spider-Geddon #1 by Jed MacKay

Marvel is starting their new event off similar to Edge of the SpiderVerse with Edge of Spider-Geddon. Logically this is a smart move because it allows fans to get a better relationship with new players and important characters.

However, when I found out that they were going to start off with Spider-Punk, who is a relatively background Spider-Man. I thought it was just to sell pre-orders for Spider-Man PS4. After reading the issue, I know that was the main reason and I love it. They didn’t beat around the bush. The whole story is about Spider-Punk’s name and how much they can sell his merchandise for in the future.

Overall it is a fun story that isn’t afraid to be too Meta.