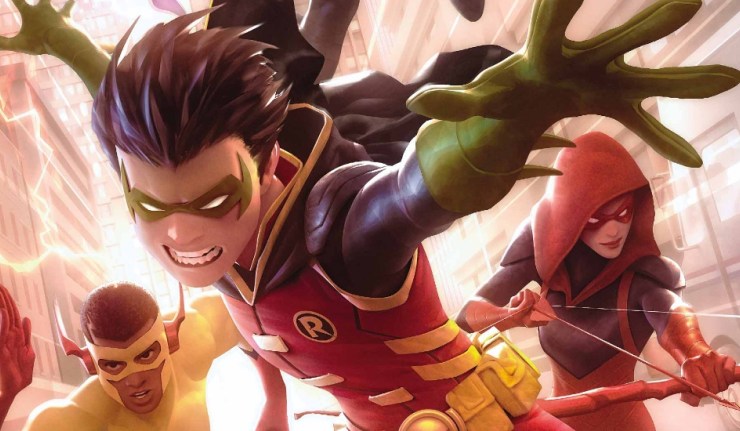 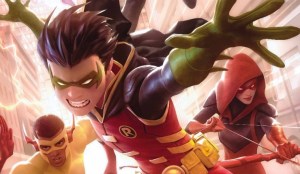 Welcome back to our new series in which we review the comics that we read every week. This week Seppin is going to be reviewing Teen Titans #21 by Adam Glass and art by Bernard Chang.

Teen Titans is an interesting book. It’s ever changing team being the greatest part, in my opinion. I love that Damian has taken the lead and is building a team for himself. I am a hug fan of Red Arrow and Wallace West too. SO this team is already a winner in my eyes.

Sadly, I feel like this book has a few issues that land in the other members. It’s great that you have already established characters like, Damian and Wallace. However, I feel like they are trying to force these new characters on us. I know that was how titans originally began, but we have to move away from restarting the team every time a new writer hops on board. I like Crush, who is supposedly Lobo’s daughter. She’s funny and a great character, but I almost feel like it would have been better to bring back Slobo, who was a teenage clone of Lobo. Djinn is interesting, but she can’t fill in the place of Raven or Lilith, AKA Omen. And then there is Roundhouse. I hate Roundhouse. I understand that they are trying to portray modern teens, but he comes off as annoying and arrogant in some situations.

I love the teen titans and I am excited to see where this new team goes. Perhaps Adam Glass can change my mind, but I won’t hold my breath. The story for this issue is cool and brings back a classic villain, Gizmo. In this story there is a bomb that they have to get out of the city, but it’s attached to the villain. There is a lot of questioning of morality that I really enjoy. The team dynamic feels real and not forced like the previous team was like.

Overall, the book is okay and has the potential to be a great.