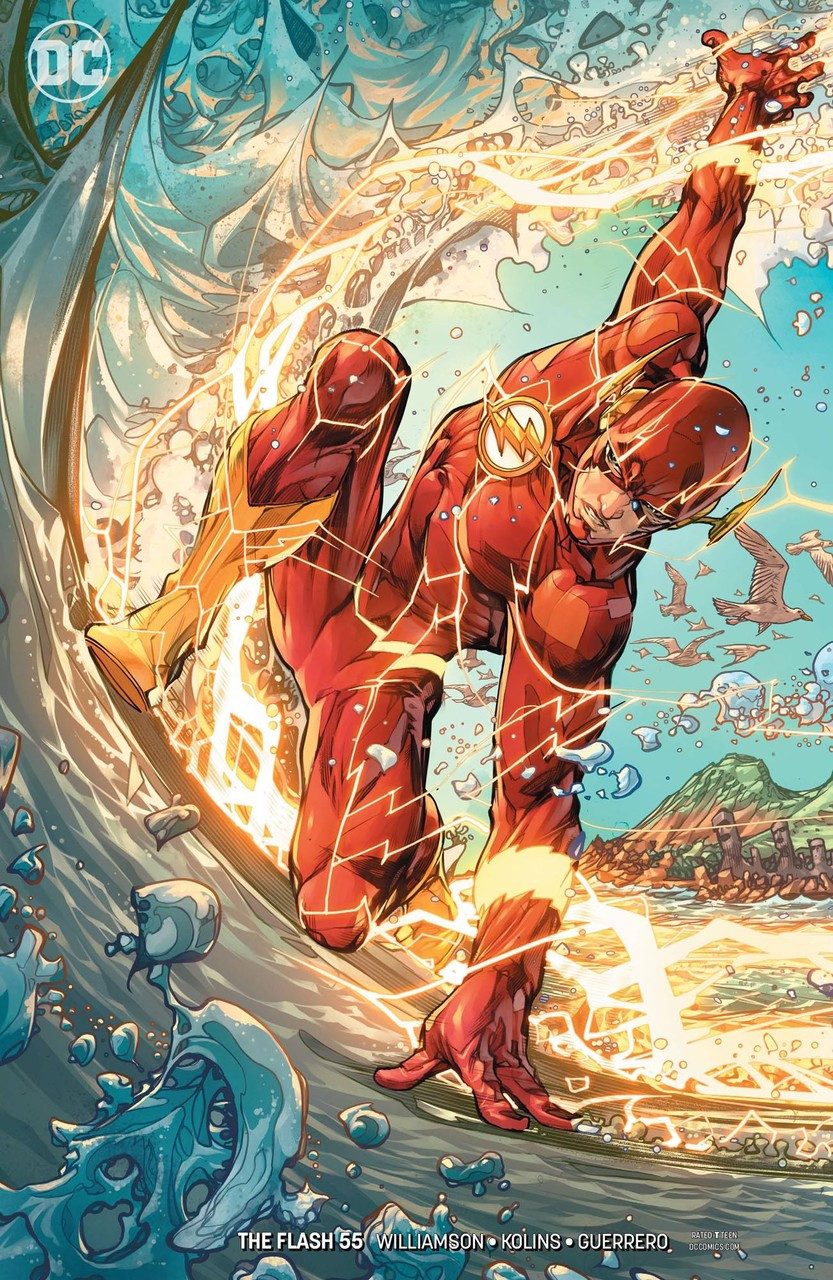 Joshua Williamson and Howard Porter are just about done with their Year One storyline and already have plans for their next story and it is fantastic! It is called, “The Death of the Speed Force” which is an insanely ominous name for the next story considering we are about to wrap up the Flash’s origin.

The cover by Sandoval, Tarragona, and Morey displays Flash’s battered cowl laying in the white snow, with his red footsteps and blood surrounding it. A small trickle of yellow lightning can be seen illuminating from the cowl’s right lightning bold.

Okay. That’s awesome and this sounds super interesting. What do you think? It looks like the Flash has some trouble coming his way.