Okay, so this might come as a surprise to everyone, but Seppin is a fan on Shang-Chi, the Master of Kung Fu. And on top of that, he wanted to make this whole post explaining why Iron Fist needs to be in the film. So, anyone working on the film or any executives reading, pay attention…

The upcoming Shang-Chi film would be the perfect film to reintroduce Iron Fist. The first important point I want to make is that Disney has the rights to the Netflix Characters back (Although I am unsure about the Punisher because that was apart of a separate deal). However, now that Disney can use the Iron Fist name again, that means that they can officially create content with that character again and what would be a more perfect way to reintroduce the Immortal Iron Fist then to have him pop up in the Shang-Chi. Although I have the perfect way of introducing him, I will hold off on that for a second and explain why Iron Fist should be in Shang-Chi. First off, Iron Fist and Shang Chi have history together in the comics. They are both martial arts characters that protect New York. Although they come from different schools of fighting, they have a lot in common and would actually make a great team up or fight between the two. Plus having a character that has been somewhat brought into the mainstream like Iron Fist would really benefit Shang-Chi because he is relatively unknown. Another great reason for having Iron Fist pop up in Shang-Chi is that it would allow more future storytelling for the Master of Kung Fu. Sadly, Shang-Chi doesn’t have many modern stories and an ally like the Iron Fist could allow Shang-Chi to get sequels following the two teaming up or leaning on some well known Iron Fist stories to beef up Shang-Chi’s character. Next, how would I bring Iron Fist in to the movie? As of right now the rumor for the Shang-Chi plot is that we will be following him as he has to compete in a contest of champions and battle his way through a tournament Mortal Kombat style. This is your perfect way to bring Danny into the ring, literally. The Iron Fist is no newbie to fighting in tournaments, as the living weapon he is required to fight tournaments to protect K’un Lun. He even got his powerful fist after winning a tournament to fight the mighty Shao Lao the Undying. I personally think that you could either have Danny come up as a surprise fighter against Shang-Chi and give the audience something truly amazing to watch. Or better yet, you have Danny in the background helping Shang-Chi throughout the tournament and towards the end have a doubles match or have Danny and Shang-Chi team up to fight a threat. I mean, it’s rumored that Fin Fang Foom is going to appear and.. 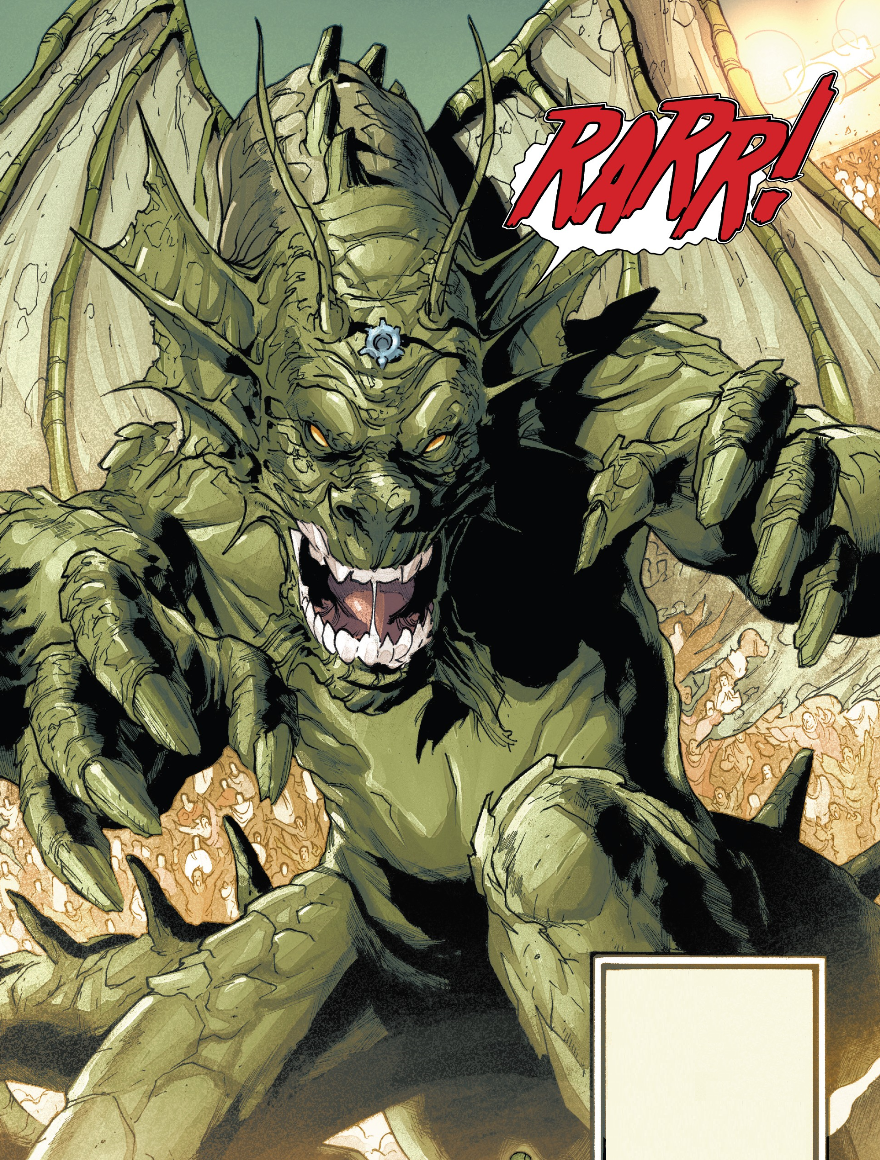 …I would die to see that kind of fight with two warriors fighting a giant dragon. That’s epic and would bring Iron Fist right into the MCU as a cool and respected character.

So this is the last part of the post and probably the question on everyone’s minds. Should it be Finn Jones playing Danny Rand? 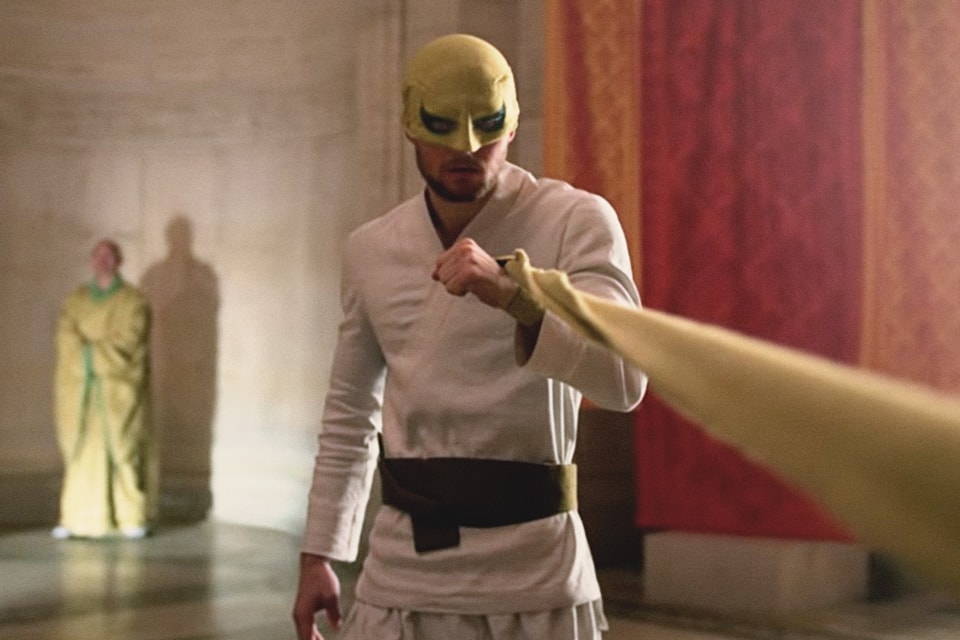 This is a tricky question because it implies a lot of things. First, it would mean that all of the Netflix shows are cannon in the MCU and that each of the characters have potential to appear in future projects. It could also mean that their shows could possibly be saved and brought onto Disney+. And also would Disney get the hate from his original casting because people wanted an Asian actor to portray the living weapon originally. Even though Finn Jones has given a great performance and made a heck of a recovery with his second season being a thousand times better than the first, that won’t stop people from complaining. Especially when you are touting that Shang-Chi has an all Asian cast.

But if you choose to bring Finn Jones in but no one else, then people will wonder what happened to the other characters and why they could potentially be recasted. This would be too confusing for fans and is highly unlikely. So, we will drop this idea.

Lastly, Disney has the opportunity to completely drop Finn Jones and recast Iron Fist for the MCU. This could fix those whitewashing issues that Netflix encountered and help them create a more accurate Iron Fist. However, the biggest issue with this is similar to option above. People see Finn Jones as the Iron Fist right now and they will still see him as Iron Fist for the next five years at least because of his Netflix show being so recent. And his wasn’t even the most popular. The biggest issue with recasting Finn Jones means that Charlie Cox’s Daredevil, Kristen Ritter’s Jessica Jones, Mike Colter’s Luke Cage, and sadly, John Bernthal’s Punisher are all gone and will never be joining the MCU. This is already causing fans to rally back against Disney even though there is still hope with the licensing rights going back in Disney’s ballpark. If they take this option away from fans then they will not like the outcome and an outcry will go against Disney for completely writing over these characters that they love and for the actors that spent years portraying them. 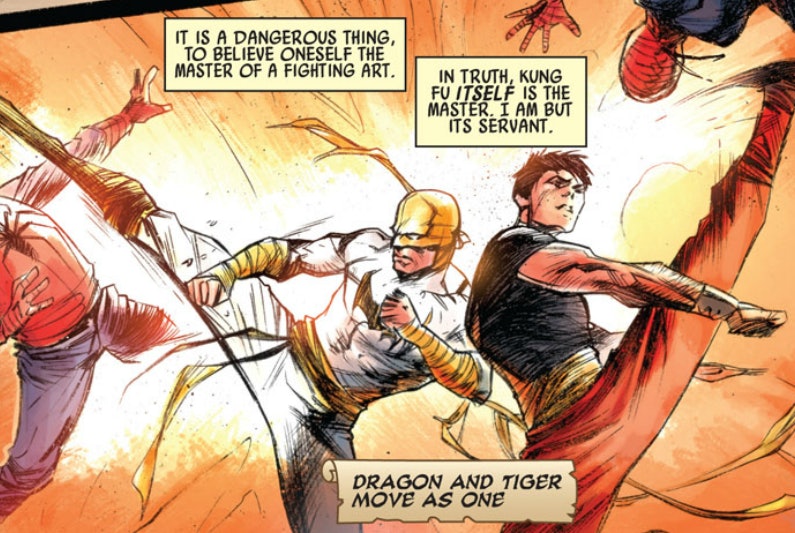 Overall, Iron Fist is an important and interesting character that should be brought back into the MCU. He had an amazing second season that left off with Finn Jones’ Iron Fist venturing the world. Perhaps he ran into Shang-Chi and this is how Disney can start incorporating these awesome characters in the Marvel Cinematic Universe and Shang-Chi is the perfect opportunity for Iron Fist to make his epic return. What do you think? Should Iron Fist be rolled back into the MCU and should Finn Jones return?

I certainly hope so and would love for just a little end credit scene to confirm what all us fans want.