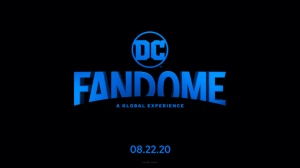 DC Fandome was an amazing online event and did a great job replacing Comic Con this year for DC Comics.

As of this post, only the hall of heroes part of the event has gone live, but it was a magnificent event showcasing all of DC’s major upcoming movies and television. As well as showing off some of DC’s greatest creators and their different works.

Although some people weren’t big on the “zoom call” style of bringing everyone in because of current pandemic. We really enjoyed how it allowed for more people to come together than if it were a normal live event. After all, its easier to record a panel than to get everyone to align their schedules for an event.

Plus this format of eight hours of DC (as well as reruns for the whole day) allowed everyone around the world to spectate the event. It wasn’t limited by the size of the convention center or the ticket price or travel. In fact, it did an amazing job showing off how an online comic convention would work and the advantages of doing so.

All of the panels that were showcased were super fun and interesting. We never left the room for the whole eight hours because were were mesmerized by the content. Everything was perfect for a online event. Plus, we love how DC was able to bring things like cosplay and fan art, two very vital parts of conventions, onto the online page. It brought the feeling of a convention right to your living room and that’s what made DC Fandome work so well.

Overall, we thought that DC Fandome was a major success and would love to see DC begin to do this every year or every other year.