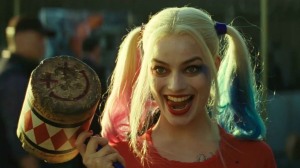 Crazy news for Margot Robbie’s Harley Quinn today as several sources have confirmed that Warner Brothers is looking to set her up with another movie.

With Birds of Prey coming out this year and The Suicide Squad lined up for next year, perhaps that Harley Quinn train will continue with a 2022 or 2023 release date. Although we don’t know much about what film they will throw her into, we are almost certain that she will continue in the role.

Perhaps we will see that canceled Gotham City Sirens film? Zoe Kravitz is set to play Catwoman in 2021’s The Batman and it would be really great to see those two interact in a film with a potential Poison Ivy. Besides that option, we could see her own solo film which has been talked about since Suicide Squad. This could make more breathing room for Harley and really allow her to steal the show like she did in Birds of Prey.

Overall we are excited to see some more Harley Quinn. What do you think her next film will be?