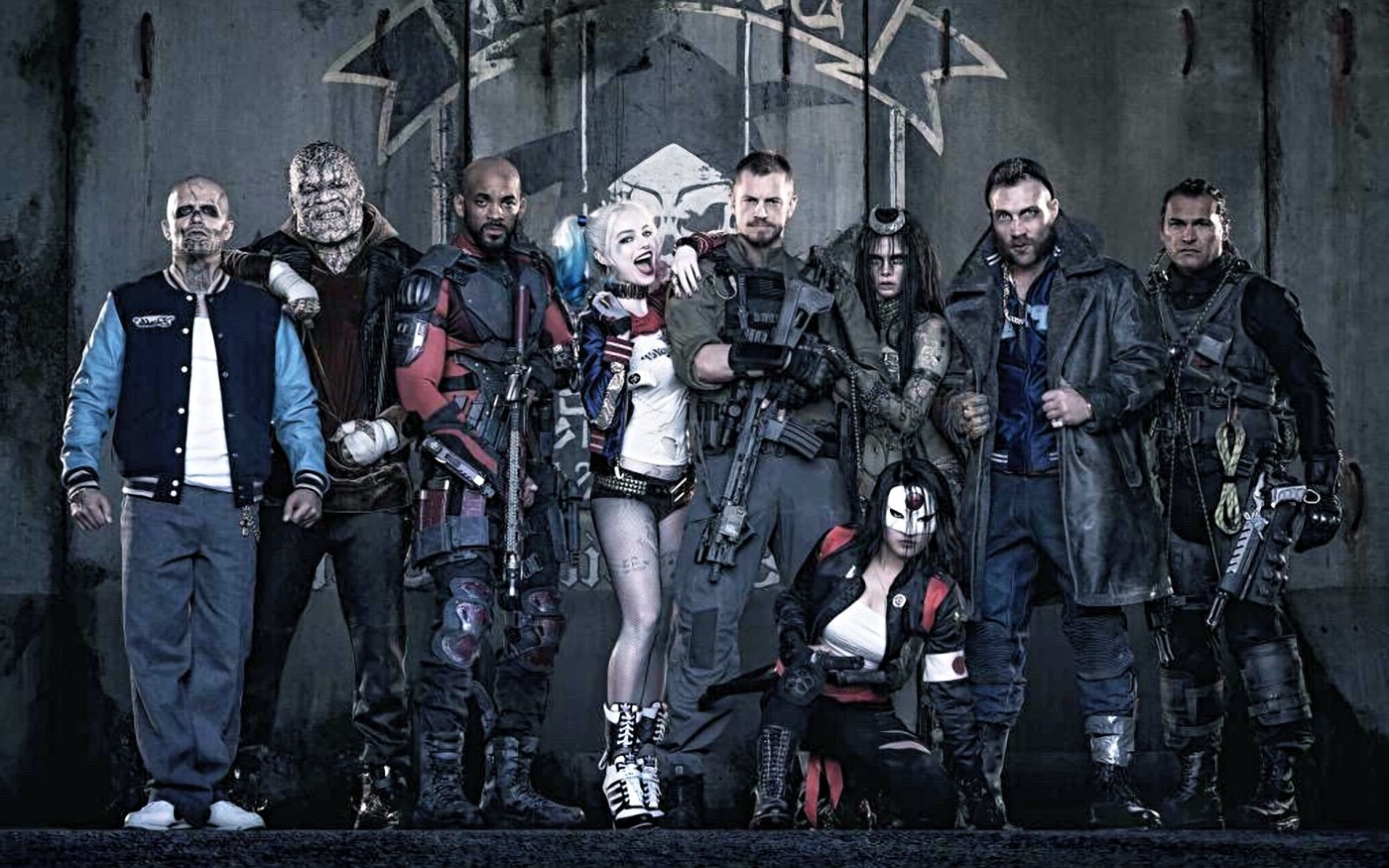 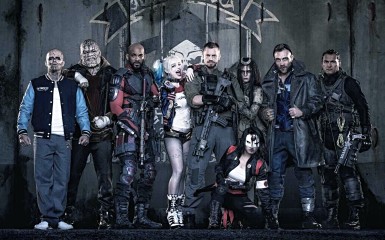 There has been a lot of news lately about Zack Snyder’s Justice League and the massive accomplishment that fans have made by gathering together to save this version of the film, but there is another film that hasn’t gotten the support that it deserves yet.

These are some complex questions and I am going to take some time talking about what was in the Ayer cut, that we know about, before trying to compare it to Zack Snyder’s Justice League. From what we have learned from Ayer’s tweets and rumors that were confirmed, we know that Ayer’s Suicide Squad originally had Jared Leto’s Joker as the main villain of the film. Yes, we need to talk about Jared Leto’s Joker because the version of film that we got was not fair for him. In fact Ayer was forced to cut out the majority of Leto’s Joker because the old regime at Warner Bros thought it was too soon to use the Joker. Which is ridiculous because we know that this film was going to focus on Harley and Joker’s abusive relationship and it was supposed to catapult Harley into “Emancipation”, cough cough Birds of Prey. And it was also going to introduce the baddest Batman villain of them all as the ultimate manipulating psycho. The reason it was changed is ridiculous because Ayer wasn’t wasting the Joker as they believed. Instead, this would have led to a deeper and more developed character for the Joker. Another part that we know about the film is that Enchantress was more of a minor villain who was “manipulated” by Joker, like a dark jester.

Yeah, that isn’t seen at all in the theatrical or extended version of the film.

That means that there is a whole different movie in Suicide Squad where the Joker is the main villain and Harley breaks off her relationship to him. In fact there were a lot of darker turns in Ayer’s cut such as a scene in which Joker intimidates the Tattoo man into killing himself. This darker version of the film is hard to believe after the theatrical release and the trailers that we saw for the film that seemed more fun and exciting than dark…

The initial Comic-Con trailer begs to differ. This trailer is darker and feels a lot more like a David Ayer film. So perhaps we did get a glimpse of the dark and beautiful story of Suicide Squad. This was a really popular trailer when it released to the public after many leaks from comic con. Even though it became a little polarizing because fans weren’t ready for darker tones like BvS. It was still a big deal and people were excited for it. So, clearly the DC fan base is interested in the film.

But how much of the film was changed and what else is there for us to know? Harley breaks out at the end and joins Joker… 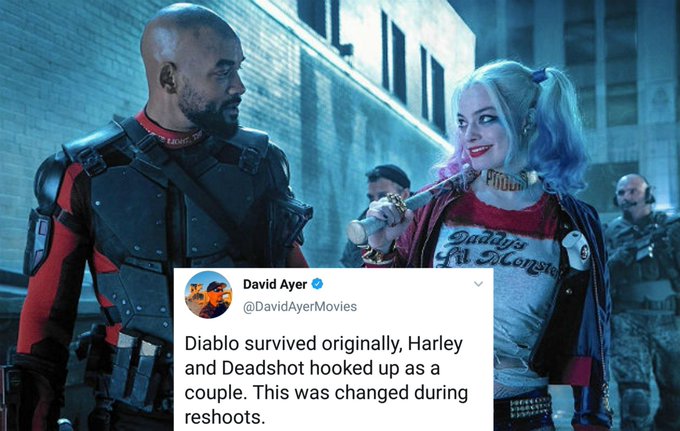 Oh, I guess I didn’t mention that there is a completely different ending in which Diablo survives the last fight and Harley and Deadshot are supposed to get together at the end of the film. It’s crazy how different that ending is to the one that we saw. It makes a lot more sense and it could lead to Harley becoming a stronger character, especially if she decided to leave Floyd and, I don’t know, create a superhero team of strong women that fight manipulating maniacs…

There isn’t too much more that we know from the Ayer cut besides some pictures that Ayer releases and a few plot points he clarifies. Such as Katana fighting the rest of the team while she is possessed by Enchantress. But overall we get the gist that David Ayer’s Suicide Squad was tampered with by the executives unfairly, much like Zack Snyder’s Justice League. And the story as well as the ending were significantly changed, Although he wasn’t kicked off from the film, we can tell that they made him take a full 180 from his vision. Another point to make is that there is clearly a fan base for David Ayer’s Suicide Squad. We want to know what the original vision looked like and how it differs. With a large amount of support on Twitter, perhaps we could see Ayer’s cut become a reality on HBOmax like Zack Snyder’s Justice League.

Because let’s face it, a movie with a scheming and abusive Joker running the show secretly is far better than some weird underdeveloped ending that really hurt June’s/ Enchantress as a character. So please support David Ayer’s vision just like we fought for Zack Snyder’s.

One thought on “Suicide Squad deserves the Ayer Cut!”